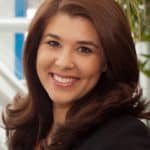 Michelle Gielan is a researcher and bestselling author of ‘Broadcasting Happiness'. With experience as a TV national news anchor at CBS, Michelle believes that by helping to make others happier and more successful, we feel happier too. She says we’ve all been told countless times “You can't change other people.” But this societal belief is not only disempowering, it is, perhaps surprisingly, scientifically false. Michelle and her husband Shawn Achor are partnering with PBS for an ‘Inspire Happiness' television special to be aired this December and continuing in 2017.

For a long time I was working with an organization called ‘Living Values' and what they try to do is bring into a school community, the values the students and teachers have identified are important to them and bring it into the curriculum in many different ways so that it is top of mind.

Values like passion, kindness and open expressivity. Values that, when they're fully expressed and the community is fully living them, it decreases the incidence of bullying. The story from my time doing this work was originally there was this one school and the kids were getting in fights on the playground and it was a little bit rough and tumble and there was definitely bullying going on there.

They decided to empower some of the older children with armbands and the ability to get kids of all ages to sit down and talk through the challenges. They gave them the communication tools and the power to do that. It was remarkable. If two third graders were fighter over a ball and being mean about it, they could go and sit with the older student and they could talk it through.

Not only did incidents of bullying significantly decrease, but also the kids got along so much better outside of the playground, in the other moments, in the classroom that social coercion went up. We sometimes find that it's the small changes that have the biggest effect.

Three Ways We Can Positively Influence Others:

1/ Broadcast an optimist mindset! In the face of challenges, do you expect good things to happen & do you believe that your behaviour matters?

2/ How do you view a stressful event? Is it stress, where your brain goes into fight or flight or is it a challenge where you think, we can overcome this challenge?

3/ How much value do we put on supporting the people around us? Are we there to be linked up with them and to support them through challenges?

We find that when managers start to follow the above three guidelines, they are able to increase productive energy of their entire team by 31% in just three weeks.

It’s amazing to see that these small changes can have significant impacts.

Three minutes of negative news in the morning can lead to a 27% higher likelihood of reporting your day as unhappy, as reported six to eight hours later. (Study done with Ariana Huffington and Shawn Achor)