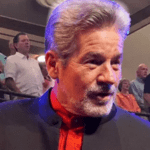 Marketing and Mindfulness are what Steve McChesney is about. He is a sales and marketing expert and is grounded and focused. He’s created programs for Personal Development, Stress Release, Weight Loss, and To Stop Smoking. He attended a private film school in California, became a stunt man, and performed in over 350 movies and television shows. He has produced and directed various shows and has also performed live Comedy Hypnosis shows. Steve is known for the statement, “Learning is directly proportional to the amount of fun you are having!” 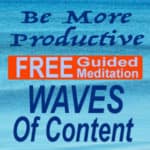 Do you want to be confident in marketing and mindfulness? Wanna be more calm, relaxed, peaceful, and content? If so, you can learn how by downloading this free ‘Waves of Content' Meditation by Bruce Langford. Get it here: MindfulnessMode.com/wavesofcontent

Marketing and Mindfulness with Steve McChesney:
Bruce Langford:
Tell us about the mindfulness it takes to be a stunt actor.

Steve McChesney (Marketing and Mindfulness Expert):
Well, you know, and I won't bore you with a real long history of my life, but I will tell you, I started as a kid living in Hollywood, and I used to sneak into the studios and I got to the point where I didn't have to sneak in anymore. The guards at the gate knew who I was. So it was like, Hey, little Stevie, come on, gone in here. That kind of a thing. So I was very mindful back then to where I wanted to go. But when I got into the business, actually as an adult, where I got paid for it, and I became a stunt man. Now I studied stunt work under a man named Kim Kahana. And Kim was Charles Bronson, stunt double. He was also for, you're my age, you'll know this, but in the old days, in the late sixties, there was a show on TV called the banana splits hour.

Steve McChesney (Marketing and Mindfulness Expert):
And there was a show on there called danger Island with Jan, Michael Vincent. Kim Kahana played Chango, he was the native on the Island. So that's his story. So I got just don't work with him now because of who he was. He kind of helped me get into the business without having to go through a whole lot of hurdles, which most people in Hollywood do. So while I worked there, I actually learned from the days when I was a kid, I snuck into universal studios. I went on to a, a set of Battlestar Galactica, which Lauren Green was starring it at the time. Now when I was a kid, I met Lauren Green on the Bonanza set and I was one of the regulars. So he knew me as Stevie. And so I kinda like was walking up to his chair in this production assistant, stopped me and said, can I help you?

Steve McChesney (Marketing and Mindfulness Expert):
I said, I'm here to talk to Mr. Green. And he's like, who are you? And I said, I'm a friend of his. And he's like, okay, from where he is, he's not wanting me to go there. And I'm looking at, I'm pointing in Lauren Green and Lauren Green just kind of like takes his hand and waves me over. Yeah. So much to the chagrin of this PA, I went over to him and I said, hi, Mr. Green, you probably don't remember me. But when I was a little kid, I used to come to the Bonanza set and he lifted me and he went Stevie. I went, yes. Anyway, long story short, he said, what are you doing? I said, well, I just, I'm in stunt school, I don't want to, I'm trying to become a stunt man. And he said, if you got your sag card yet, and I said, no, I'm still working on that. And he goes, wait a minute. He calls over the director and he says, give him a job. I want him to do a stunt, get them a sag card. And that's how I got my second.

Steve McChesney (Marketing and Mindfulness Expert):
And then, you know, throughout the next, probably, I don't know, five or six years, I was a working stunt man and background actor and actor. I had made it in Hollywood basically. The problem was I was too young and dumb because I also got caught up into the bad part of Hollywood as far as having money and not knowing how to handle it and things like that. So I learned some lessons there, but that kind of all came to an end. I, I ended up crushing my knee and I was on a cane for a while and that was pretty much the end of my stunt. Now. It didn't have to be most of my stunt buddies, they're all wired. I mean, every bone in their body has been broken. These guys, you know, and they said, what are you doing? I mean, you're successful. Why are you leaving this? And I said, because I can't do it. I can't take the pain. Plus, like I said, I got an, you know, I started drinking way too much. I got involved in things I shouldn't have gotten involved in. So it was just a lifesaving, being mindful, believe it or not, being mindful to get away from what was going to end up killing me. And so I did and I don't look back in any regret.

Bruce Langford:
What was the scariest stunt you ever did, Steve?

Steve McChesney (Marketing and Mindfulness Expert):
I did a couple of high falls and my highest fall was 42 feet. Wow. Think of a four story building and add two feet.

Steve McChesney:
It's a long drop. And when you're standing on top of that roof and you're looking down that airbag looks like a postage stamp. It's not very big. You've got to hit that thing dead center. So I remember standing up there and when that director says, action, you go, there's no waiting. No delaying. So you go. But I remember I was shaking the adrenaline going through my body right prior to hearing the word action. And but at the end of it I wanted to do it again. Oh my goodness. That was the best drug in the world. That adrenaline that goes through, you know, that's, that's the kind of thing that now I will tell you, I've had friends in the business, a couple of really famous stunt guys [inaudible] that adrenaline actually ended up killing them. AGA worked on a movie called steel with Lee majors.

Steve McChesney:
And in the movie there, it's about the construction workers who build high rises. And in the movie, this worker freezes on the top of this high rise. Well, AIJ took over that actor's position and was to fall from the building. Now when you're in the movie business, you can take a camera and you can make it look like you're falling a thousand feet. You've just only fell 10. Right? AAJ didn't want that. He wanted to actually do the fall and because it was going to break a world record, Dar Robinson had the record on a movie called Hooper with Burt Reynolds, where he jumps off of a helicopter into an airbag. So Ajay wants to beat that record and it's that adrenaline rush. Well, he ended up beating the record, but it ended up killing him at the same time. He went right through his airbag. So it just, it's a crazy business, but it was fun.

Bruce Langford:
Wow. Yeah. Yeah. What's, what's a movie you were in as a stunt actor? That I would recognize?

Steve McChesney:
Well boy I did a lot of them. I did for the boys with bet Midler and James Kahn. I will tell you my favorite movie I was in, but it wasn't as a stud accurate was sends as an actor. And that was star Trek six. Oh cool. Star Trek six was the last movie with the original cath. And so I was I was a crew member on the enterprise and that was fun. I would have paid them to let me do that cause that was so much fun. But here's what I didn't know. You know, star Trek is a big thing for Trekkies out there. The conventions they hold. Well, when you go onto a movie set, you have what they call a call sheet. The call sheet tells you what time to report, what time to go to makeup, wardrobe, the whole nine yards. Those, when I go to the work every day at Paramount for Star Trek Six, those call sheets were all over the floor. People would read them, they'd throw them away. I mean just to meet them. It meant nothing. I could have had thousands of them. I found out later they were selling, cause it was the last movie with all of the original cast. They were selling over a thousand dollars a piece. Wow. For the call sheets. And I'm telling you, Bruce, literally I could have had thousands.

Steve McChesney:
It was a lot of fun. And I, you know, I, I still am involved in the entertainment business. I've directed and produced shows since then. I've written screenplays. I'm involved now. I don't know if you hear my podcast, I've got a regular guest on there named Ron Sedgwick.

Bruce Langford:
Yeah, I know Ron from listening to your podcast. Yeah. Because I've listened to every episode that you,

Steve McChesney:
Yeah. Well, Ron is, is Ron and I are, we've got to cut our hands in a couple of things. We've got a TV show that we're working on and a movie, a true story that happened at Erie, Pennsylvania that we're, we're kind of working on right now. So I've never gotten out of the movie business. I just became smarter and how I did it and more mindful. Yeah.

Listen to the episode for more about marketing and mindfulness with Steve McChesney.