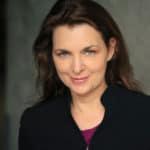 Debra Wanger is an actor, singer, and certified wellness coach, who has performed in theaters and cabarets across the U.S. Debra helps actors and creatives connect mind, body, and spirit through her holistic approach to acting. She's a sought-after public speaker and talent manager where she’s helped guide the careers of top Hollywood names including Donald Sutherland, Halle Berry, and Antonio Banderas. Debra draws wisdom from decades of working as an actor, talent manager, and lifestyle coach. Her book The Resilient Actor: How to Kick-Ass in the Business Without it Kicking Your Ass was an Amazon bestseller.

Other Mindfulness and Acting Episodes 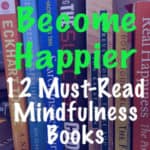 [I appreciate how you connect Mindfulness and acting.] From your book you tell about how food was your drug, you just, you just had a real problem with food. Tell us about that and how you move through it.

Yeah. Well, food was definitely my drug of choice. Absolutely. And you know, many of us have that hole in our soul, you know, would we didn't get enough of whatever it is that we felt, you know, not being, not feeling enough, not feeling worthy pain, trauma and the way that I chose, I didn't consciously choose it, but the way that I chose was to overeat to compulsively overeat and to binge you know, and I dealt with my eating disorder. And when I was in those dark, lonely, horrible places, I would overeat a lot of sugar and, you know, sit down and eat a cake.

But you had one major problem that you said. You said you were not very good at vomiting.

I was not a good vomiter so I was not a good bulimic. I was so, I just ate and, and then that gave me a great opportunity to feel horrible about myself. And to hate myself and say, see, I'm a horrible person. I can't even do that. And you know, I know what I'm supposed to do. I'm supposed to exercise, I'm supposed to eat vegetables and I can't do it. See, I'm horrible and I'm fat and no one loves me. And that downward spiral and it was a lot of pain. And then you discovered putting butter in your coffee. There were, there were a couple, a couple of steps along the journey before that sounds so simple, but in a way it was, but I did a lot of, I did I think the 12 steps, I did some 12 step programs to help me get through that.

And a lot of the stuff I, I get into in the book and then I did go on a health journey, which did ultimately lead me to Dave, the work of Dave, Dave Asprey and Bulletproof and the Bulletproof executive. Which is actually, yeah, which at the time was a really weird thing to do about six years ago to eat more fat or put butter in your coffee. Now it's relatively mainstream, which is awesome. But I sort of found out if I eat, if I stay away from the sugar, which is probably the biggest trigger for me, that just whacks my system out and makes me want to eat all sugar in the universe. And then not stop that. If I give myself enough fat, enough water, enough vegetables, and enough things for my head and enough of the healthy things for my head, my head and my heart that I don't want or need to binge in the same way that I did.

And that led me to my whole health journey and becoming a wellness coach. And then thinking, people need to hear about this. People. There's gotta be other people in my industry who are feeling the same way, or at least somewhat the same way. And no one's writing about this one's coaching about this. So I'm going to, I guess I got to do it. So that, that's what led me to starting wellness coaching for actors and writing these books and and trying to do my share to help out. I think Maya Angelou said, if there's a book that you want to read and no one's written it, you gotta write it. Paraphrasing. But so I wrote it.

Well, if you're like me I will read a book that has exercises in it and I go, that is great. I should do that. And then put it on my bookshelf and never pick it up again.

I think that there are millions of people like that.

Yeah. It can be the best book ever. But you read it and it goes on the rainy day shelf and maybe someday. So I was getting feedback from people who are very ex, you know, I've been facilitating workshops at universities and working with a lot of students and book signings and things. And I was getting feedback, you know, help us do the process. So I took all of the exercises from the first book and I put those in there with examples of how I would fill it out and space to fill it out. So I kind of lead you through the process and then I flesh out the process with more questions and more exercises. To help facilitate. It's like a workshop in a book to help you, a workbook to help you do those exercises and get a little, a little help.

It's the next best thing to being there. That I, I say, this is how I would answer it. Here's a space for you to do it. Here's, let's go a little deeper. And then the second half is how I plan my day. It's a productivity journal calendar. So it helps me figure out how I plan my days and my healthy habits and, you know, keeping track of all the things I need to do. And it's been great and it's, it's a nice companion piece, especially for the universities who are using my book as part of their acting curriculum to have a workbook for their student.

So are there lots of universities using your book?

I don't know. I know there are some. I have spoken with the Musical Theater Educators Alliance. Hi everybody at the MTEA. And there was a great response with some, with the teachers that I speak to that this is an area of the curriculum that is not being covered. When you go to a an acting school or professional theater program, you're hearing about how to write a resume, you're hearing about how to sing or dance or you know, nail an audition. But up until now there's been very little discussion of how to stay healthy, right. And move forward in spite of whatever else happens. Right? Yeah. And what do you do the second year? You're out the third year, you're out in, when you're having the streaks of unemployment, when the money's not so good, or when your spirits are down, it's in and 20 years, 30 years into the career when it's, there's challenges, how do you deal with it? So that was my mission, to help with those life skills for career longevity and career enjoyment.